The East Coast is being bombarded with snow storms and below are pictures of the scene in Piscataway, New Jersey at High Point Solutions Stadium – home of the Rutgers University football team – just hours before kickoff of their Big East showdown with the twenty-fifth ranked West Virginia Mountaineers. 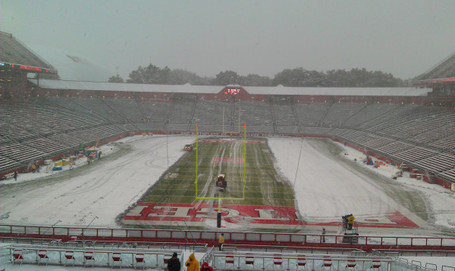 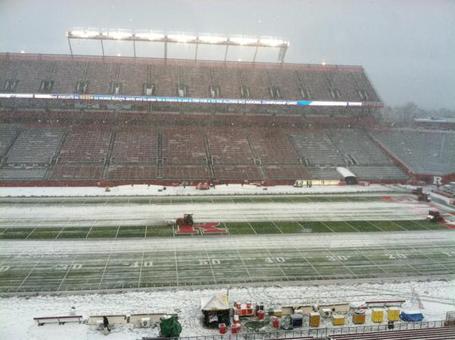 The big story besides the game itself is Senior Rutgers defensive tackle Eric LeGrand leading his team out of the tunnel prior to kickoff. Eric suffered a neck injury in a game against Navy last season and was declared paralyzed from the waste down. Now he's standing, breathing on his own and hopes to begin walking on a treadmill in the near future.

The moment LeGrand  leads his team onto the field will absolutely electrify the snow-covered stadium. The game can be seen on ABC and ESPN3 at 3:30 p.m. EST.