'House That Ruth Built,' Excerpt: Empty Seats Are Nothing New

Robert Weintraub is a sports columnist for Slate.com and has written for ESPN.com, Play, Football Outsiders, the Guardian, and many other publications, as well as written and produced for ESPN, Turner Broadcasting, ABC Sports, the Discovery Channel. and dozens of other television outlets. His book, 'The House That Ruth Built,' can currently be purchased from Amazon.com. Following is an excerpt from the book, re-printed with his blessing.

Share All sharing options for: 'House That Ruth Built,' Excerpt: Empty Seats Are Nothing New

Paying customers are disappearing mysteriously from Major League Baseball parks across the country, like honeybees from previously flowering fields. There is no Colony Collapse Disorder to explain away the missing fans. But empty seats are hardly a new phenomenon. Even the grand opening of the newest, most magnificent palace the sport had ever seen didn’t guarantee more than a single sellout.

The original Yankee Stadium opened in 1923 to great fanfare. "From the plain of the Harlem River it looms up like the great Pyramid of Cheops from the sands of Egypt," wrote Literary Digest, summing up the contemporary feeling that a grand new edifice had been added to the New York skyline.

The Yankees had been second class citizens in New York City, barely a blip on the pop culture radar compared to the New York Giants, whose manager, John McGraw, ruled the town. The Yankees played second fiddle, and rent, to the Giants, calling the Polo Grounds in Harlem their home. But the Yankees co-owners, Jacob Ruppert and the
resoundingly named Tillinghast L’Hommedieu Huston, dreamed of building a home of their own. They even offered to raze the Polo Grounds and build a new 100,000 seat home for both New York teams, an offer McGraw laughed away. 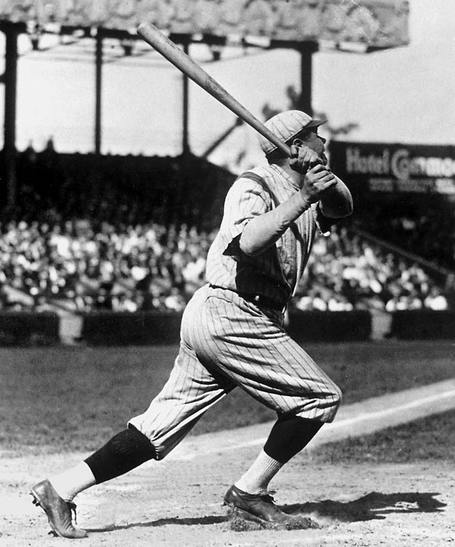 When Babe Ruth was sold to the Yankees in 1920, the world turned upside down, and the A.L. team began outstripping the Giants at the gate. That was a bitter pill for McGraw, who told the Yanks to go elsewhere, posthaste. But it wasn’t until 1923 that the Yankee Stadium was built and ready for play. On Opening Day, the park was
jammed. Ruppert bet writer Damon Runyon a new suit of clothes that there were more than 71,000 fans on hand, and the announced crowd was over 74,000. But that was an early example of Yankees spin doctoring. The true attendance was later conceded to be 62,500. Runyon never did collect the suit.

It was a banner day for the opening of the New York City landmark. Ruth homered, and the Yanks defeated their historically appropriate opponent, the Boston Red Sox, 4-1. The huge throng went home happy. The very next day, all of 12,000 fans turned out to see Ruth and Co. wallop the Sox again. Yankee Stadium may have been instantly iconic, but it wasn’t instantly standing room only. Over the weekend, large crowds of 45,000 and 65,000 passed through the turnstiles. But once the workweek started up, the fans again disappeared. In three games against the Washington Senators, the attendance total of 24,000 was less than half of the Sunday crowd.

That pattern went on for the rest of the season. Weekends and interesting opposition, like the Philadelphia A’s of Connie Mack or Ty Cobb’s Detroit Tigers, drew good crowds. Otherwise, excuses reigned. Weather was often cited, especially early and in the fall. Of course, there were no night games, and the 3:30 start times didn’t allow for many kids to attend during school days or businessmen who couldn’t play hooky from the office. And the Yankees were dominant in 1923, putting away the American League so ruthlessly that the pennant chase was quickly settled, making late-season games hardly must-see baseball.

Amazingly, the Yankees would actually draw fewer fans during their first season at the brand new Yankee Stadium than they had the previous three seasons at the Polo Grounds, despite the far higher capacity in the Bronx. The final homestand, limply attended as it was, managed to push the season total of fans passing through the gates over the one million mark--fortunately, more than the Giants mustered back in the Polo Grounds that season.

Then, as now, the paying public sensed what event were worth paying for, and which were better consumed by reading Damon Runyon and Grantland Rice and Heywood Broun. When the World Series rolled around, the third consecutive meeting between the Yanks and Giants brought out record crowds, resulting in a massive winner’s share for the Yankees, who captured their first-ever title in six games.

As today, the blood and corpuscle of the Stadium was cash. If you didn’t have it, you weren’t particularly welcome. As the New York Evening-World put it, "(The Stadium) has the austere dignity of a bank. Money speaks there in the low modulated voice that is more eloquent than the shouts of a mob storming the Bastille." And as today, 1923 was a period when the U.S. was emerging from a crippling recession, brought on by the end of World War One. The Twenties had only begun to Roar, and funds were tight, especially for the blue-collar types that were being eased from the game, in favor of an emerging corporate ethos. "We have no hesitation in declaring that if an accurate
poll were taken of the attendance at any big league ball game the ratio would be around 80% of business officials, office employees, and men of leisure, and 20% of the actual "laboring class," opined Literary Digest, and the Yankees were at the forefront of the new paradigm, thanks in main to Ruppert, one of the richest men in the city, despite Prohibition eating into his core business, beermaking.

Meanwhile, both Stadiums, now and then, used other sports as means of income. Just as the Pinstripe Bowl and the Miguel Cotto-Yuri Foreman fight augmented the Steinbrenner wallets, so too did Ruppert and Huston rely on other games beyond hardball. In 1923 several fights took place at the Yankee Stadium, including the legendary rematch between Lew Tendler and Benny Leonard. A running track, certified by the Amateur Athletics Union, encircled the field. In the bowels of the Stadium were housed football yard markers, gymnastics mats, cricket wickets, and various other sporting accoutrement, all earning rent. Even a rodeo was held at the Stadium while the Yankees were away on an extended road trip. The bucking broncos sampled the outfield grass.

Despite the inability to fill the massive ballpark on a daily basis, the Yankees did just fine in the 1920s, as they do today even some seats are more expensive to sit upon then the Sultan of Brunei’s throne. The money earned at the gate and by winning titles allowed the Yankees to plow resources unmatchable by any other team into scouting and signing players, with expected results.

The 2009 Yankees matched the 1923 team by winning the World Series in the first year of the new Stadium. If 25 more championships follow, enough seats will be filled, regardless of price, weather, or any other excuse one can think up. 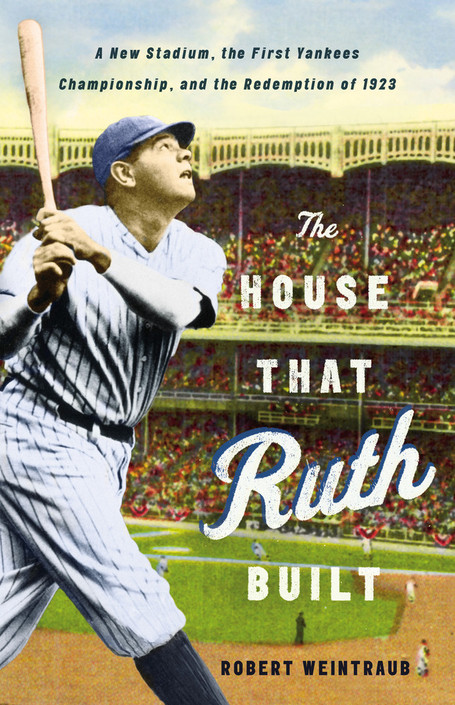