The New York Mets today officially unveiled the plans for revising the dimensions of Citi Field, a cavernous stadium where the home run has been an all-too infrequent occurrence.

From Mets.com, here is the official description of what the organization will do at the ballpark, which just completed its second season as a replacement for Shea Stadium:

A new wall will start in right-centerfield and extend toward the bullpen, and be as much as approximately 11 feet closer to home plate. The fence in front of the Mo's Zone/Modell's Clubhouse will move in approximately 10 feet. The distances from home plate to centerfield and the foul poles in left field and right field will remain the same. 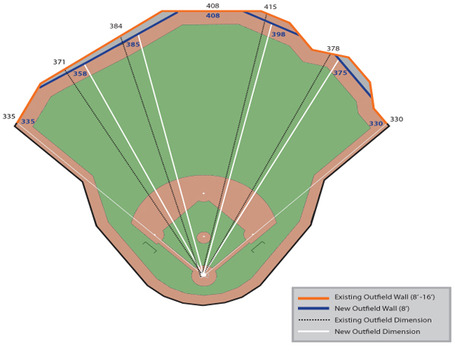 "Offense is exciting for many fans," general manager Sandy Alderson said. "Maybe it will be slightly more entertaining."

Better idea, Sandy. Build a better team than the 77-85 collection that finished 25 games out of first place in the NL East in 2011. No matter how big -- or small -- the ballpark, people will only show up and enjoy themselves if you win.