As always, there were plenty of headlines about Tim Tebow of the New York Jets during the past week

Today we bring you our second installment of 'This Week in Tebowmania,' where we look at what sort of news hermit-like New York Jets quarterback Tim Tebow has been able to generate in the past week. As always, I think we can find a few things.

The big stir around Tebow the past week had to do with his love life. Does Tebow have a girlfriend? Well, that depends on what you make of all the tweets from Olympic hurdler Lolo Jones, and the resulting speculation. The pair are easily linked because both Tebow, 24, and Jones, 29, are virgins.

Related: This Week In Tebowmania, Episode 1

It appears, though, that Jones is just having some fun with the speculation since she recently announced she is saving herself for marriage. Beside, Jets linebacker Bart Scott has a question about a Jones-Tebow relationship. "What the hell they gonna do? Play the Wii?"

Advice For Lolo Jones: "Get Off Twitter" - Bomani & Jones, Episode 20 (via sbnation)

Moving on from Tebow's love life, or lack thereof, we found out this week that the Jets backup quarterback has suffered the indignity of dropping to No. 2 in NFL jersey sales behind Peyton Manning. That's a double slap for Tebow since Manning replaced Tebow as the quarterback of the Denver Broncos.

Then again, maybe the news that Tebow now has his own set of trading cards will soften the blow to his ego. Tebow has a 15-card insert set in the 2012 Prestige Football line of cards. So, life isn't all bad. 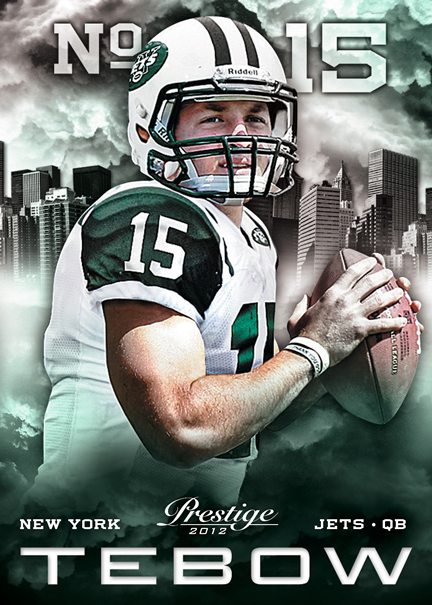 Finally, I leave you with this. I wrote earlier this week about Jets center Nick Mangold talking about whether Tebow or starting quarterback Mark Sanchez has softer hands. Here is the quote once again in case you missed it:

"That's a tough call. They both seem to moisturize pretty well and take good care of themselves. I think we'll really find out come the nitty and gritty of training camp when there is not a lot of time to really put in for personal hygiene and whatnot and see what they're doing."

That's a wrap for this week. Tune in again next week.

Tebowmania! Overrated? Trade Tebow? What is going on here?