The 2014 Super Bowl, set to take place at MetLife Stadium in East Rutherford, doesn't yet have an official logo or even an exact date, but the host committee is off to a running start.

The committee unveiled it's own logo on Tuesday, featuring the George Washington Bridge and, to acknowledge the rarity of a cold weather site, a snowflake.  Take a look at the logo, courtesy of the NFL.com: 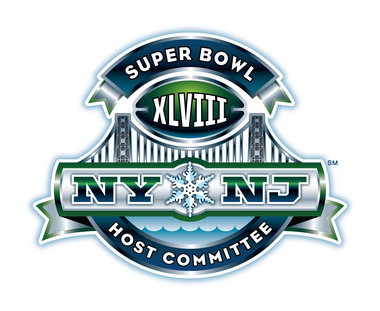 By including one (1) snowflake, the NFL is supposed to somehow showing how they are aware that there could be a little cold weather for the Super Bowl.

If they wanted to actually have fun with the weather, there should have been actual snow fall included in the backdrop behind the GWB.  Instead, the committee is saying "sure, it might be cold, but we'll be warmed up by the thought of a cute snowflake or two!"

NFL commissioner Roger Goodell even said he'd like the game to have "a little snow".  In Goodell's mind, anything beyond one huge flake is probably more than he is interested in seeing.

Maybe the next logo will feature one panhandler, since there will only be one in New York City when the league takes over the city for two weeks leading up to the Super Bowl.