I did not give it much thought when the NFL announced a few weeks ago that Nike would replace Reebok as official provider of NFL uniforms in 2012. Then the other day sketches appeared online for what were called the Nike Pro Combat Uniform Designs.

Turns out the designs were fake, a fact the NFL PR Department was quick to point out. Still, if this is the direction the NFL and Nike want to head with uniforms in a couple of seasons, fans had better get read for some space-age looks.

Giants' fans, how would you feel if your team ended up looking like this? 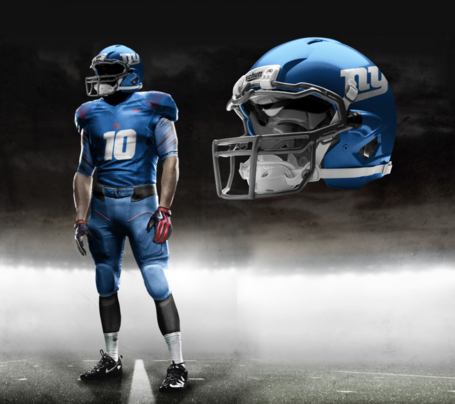 How about this look, Jets' fans? 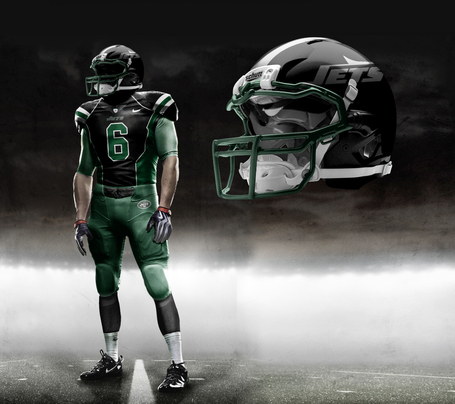 Now we just have to wait and see what the real designs turn out to be. Would anybody really be surprised if the NFL does end up going to some sort of space age, glossy, trendy uniforms with 3-D appeal. I know I wouldn't. It's a long way from the days of leather helmets.