It is officially the Sunday before Super Bowl Sunday, and that means one thing: The arrival of both the New York Giants and New England Patriots is less than 24 hours away. On Sunday, the Patriots (13-3) will arrive in Indianapolis (see picture below of New England loading its team buses Sunday afternoon), while the Giants touch down Monday. 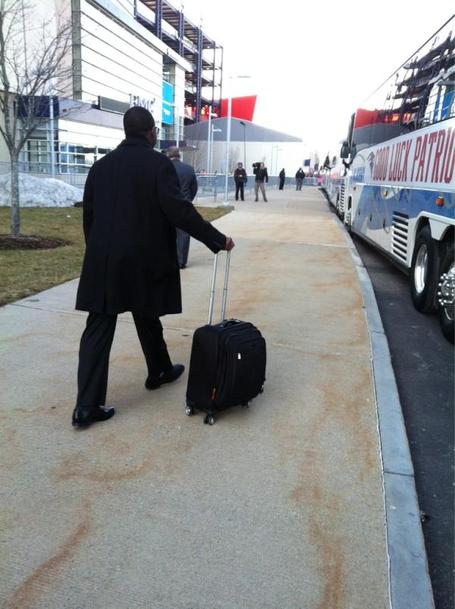 The biggest story lines of the week will revolve around the rematch of the 2008 Super Bowl, which will feature a lot of highlights of former Giants wide receiver making "The Helmet Catch" that helped New York down the Patriots, 17-14; the injury status of Patriots All-Pro tight end Rob Gronkowksi, who's battling a bad ankle; and the comparison of the two featured quarterbacks -- Eli Manning (Giants) and Tom Brady (Patriots).

On Tuesday, both franchises will hold media days, as the Patriots will begin theirs at 10 a.m. ET, while the Giants will have theirs at noon. Both teams will hold their regular practices during the week in preparation for next Sunday's 6:30 p.m. ET kick off time. The game will be televised on NBC.