Favre, who hasn’t appeared on that list for quite some time, will end his streak of consecutive games started at 297 with his name on this list. It has also been reported that he wasn’t listed as the team’s quarterback, meaning the veteran won’t be eligible to play at all tonight.

Tavaris Jackson, who played for for the Vikings last week after Favre went down, will get the start for Minnesota – in Detroit – tonight. 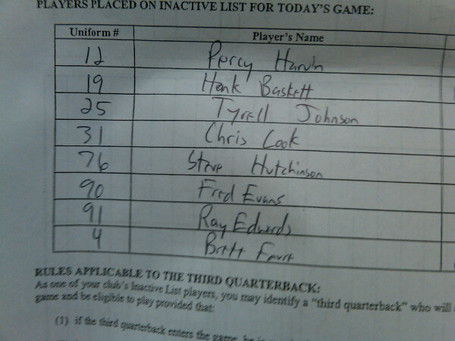