Rutgers At USF: Getting To Know The Bulls

Share All sharing options for: Rutgers At USF: Getting To Know The Bulls

Despite a shortened week of practices, the USF Bulls football team is primed to open their Big East season against Rutgers on Thursday, with the league matchup going primetime on ESPN.

Fresh off a come-from-behind 32-31 victory over Nevada last weekend, the Bulls go into Thursday evening’s matchup rolling on a wave of enthusiasm and a 2-0 early season record.

The USF offense plans to be a pitch perfect matchup for the dominant Scarlet Knights’ defense, which has allowed only minimal points in the first two games of the season.

Paced by quarterback B.J. Daniels, who went 22-of-40 for 363 yards, three touchdowns and not a single interception, the Bulls engineered a final second drive, capped off by a 56-yard touchdown reception to Andre Davis to grab the victory.

Davis also managed to set a school record for USF, with 12 catches for 191 yards and two scores, as the sophomore broke out for the game of his very short career.

If the Bulls can rack up the offensive potential they clearly exhibited on Saturday night, the squad is confident that they can put serious numbers on the scoreboard from the opening whistle.

"We’ve all talked about it, and now it’s time to stop talking and go out and perform," Daniels said on Monday afternoon. "It gives us an advantage."

More than anything, the Bulls are simply anxious for a Big East opponent with which to test their skills; and a chance to prove that the Rutgers defense, coming off a shutout home victory last weekend, might not be all it’s cracked up to be.

"We’re anxious to get to Big East play," said kicker Mike Bonani during a press conference early this week. "Obviously we want to win every game, but if we lose a nonconference game and go undefeated in the Big East, we’re playing in a bowl." 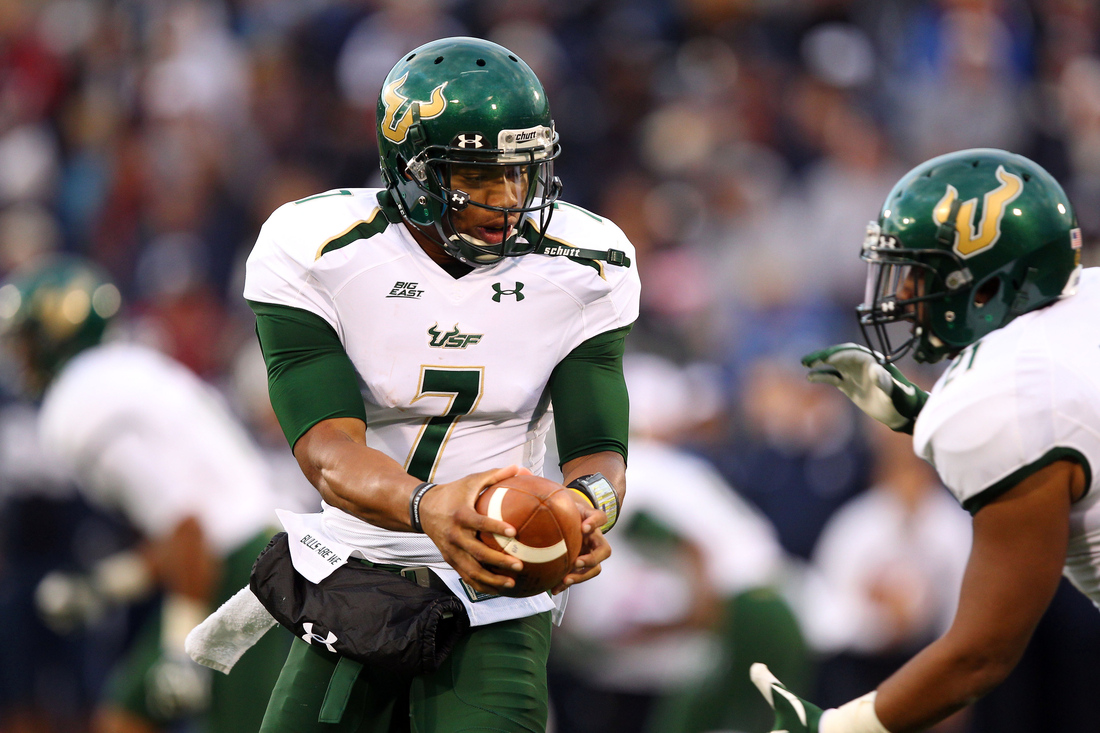 The Bulls will have to do without one major component of their offense when they line up against Rutgers on Thursday night though.

Redshirt junior Sterling Griffin will miss the rest of the season after a knee injury sidelined him during last weekend’s Nevada game.

"It’s just really unfortunate. It did not look like much on film," said coach Skip Holtz. "His knee just buckled on him the wrong way."