The 2012 World Football Challenge will be coming to New York this weekend with the first of two matches to be hosted by Yankee Stadium.

The World Football Challenge began in 2009 and is in its third year. There was no Challenge in 2010 due to the World Cup. The Challenge is an international exhibition with a series of friendlies played among European clubs, MLS teams and Mexican teams. Chelsea won the first Challenge in 2009 and Real Madrid won last year.

"The main anticipation is about the Big Apple. Most of the guys have been to New York. Playing in Yankee Stadium is such an honor for the guys. They follow the Yankees, and this is a real pinnacle for the two weeks. They are very focused and respect the opposition. It's going to be very special."

Here is a diagram of how the pitch will be laid out for the matches: 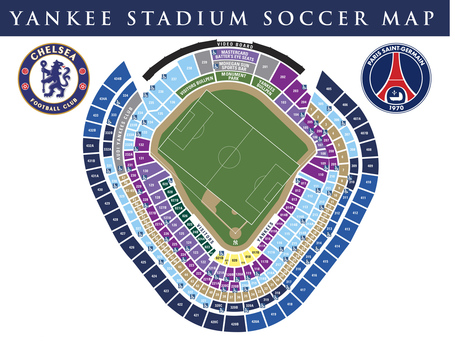 Here is the full schedule with TV times and information for the 2012 World Football Challenge: