Oh, there was a New York Giants Super Bowl Parade on Tuesday? I thought the million people congregating in New York City were there to celebrate Jeremy Lin's coming-out party.

A string of pictures from the Giants parade scene follows:

Eli Manning with Mayor Bloomberg and the Lombardi Trophy (and some stunner shades) (via @NYCMayorsOffice). 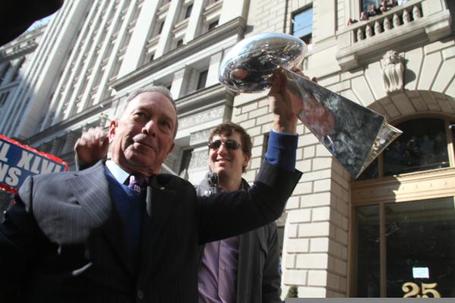 Justin Tuck has a lot to grin about, and the people behind him throwing things out of the window have a lot to celebrate (via @NYCMayorsOffice). 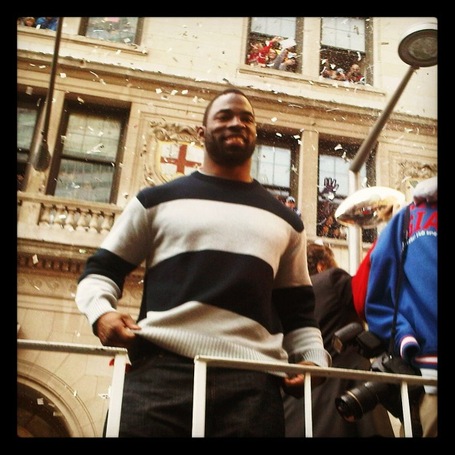 Too bad there wasn't a very big crowd at the parade (via @nycgo_press): 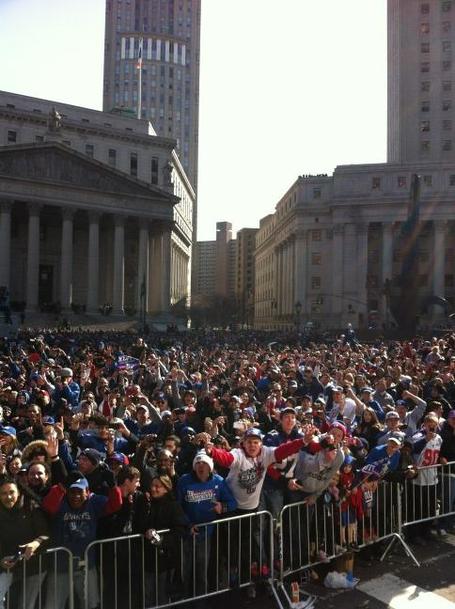 It's also a shame no Giants fans decided to get creative with their parade costumes (via @lohud): 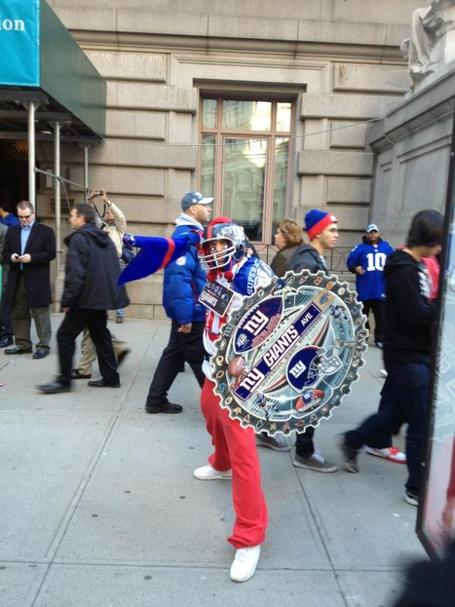