The New York Giants championship parade is underway, and the 2012 Super Bowl winners are making their way through New York City to City Hall where they will give their victory speeches. As the celebration continues, there's photos from Twitter poring in. Here's one of Giants linebackers Michael Boley and Mathias Kiwanuka sharing a ride on a float. 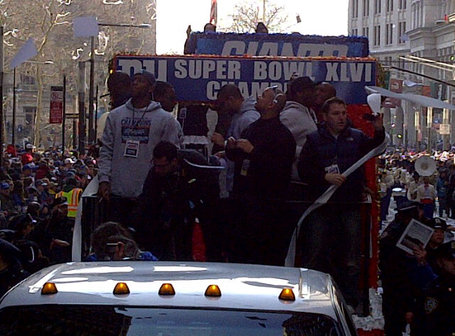 Meanwhile, defensive back Michael Coe snapped a picture of Giants fans. There's a lot of blue, red and white in that shot. 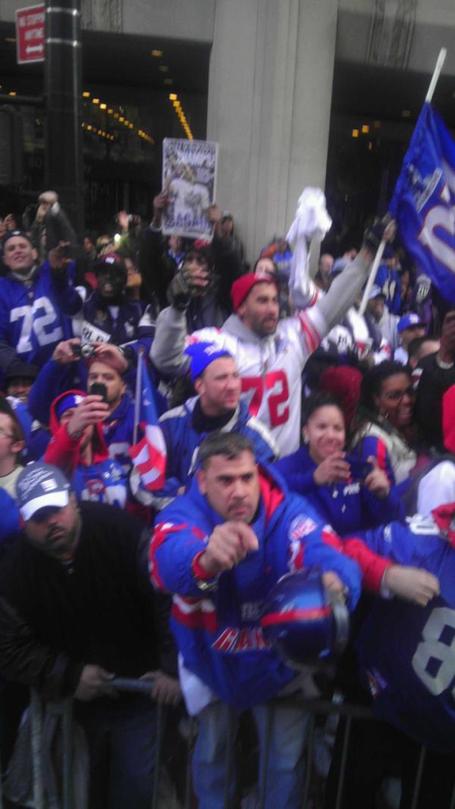 As for this guy, well, here's just trying to not get arrested. 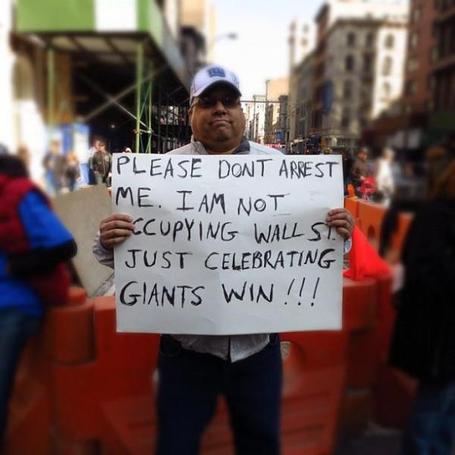