I must say, Mr. Manning is looking pretty fly with the Vince Lombardi Trophy!! 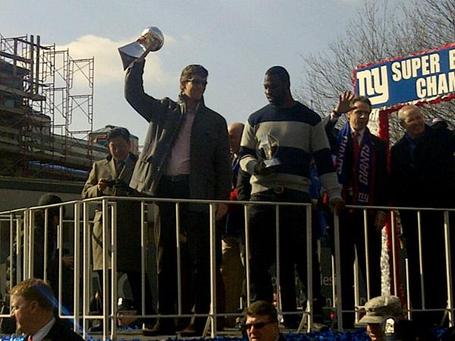 Meanwhile, the New York crowd, which is expected to be around 1 million or more, is waiting for the arrival of the Giants to make their way through the Canyon of Heroes. Here's a look of the massive crowd. 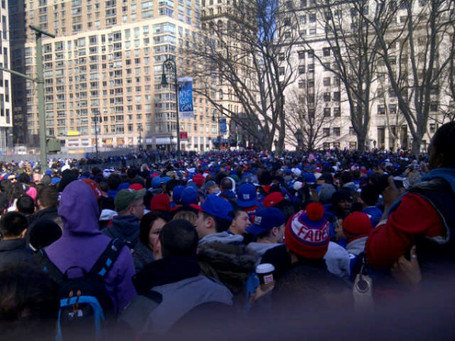 A quick from the windows of Wall Street. Nice! 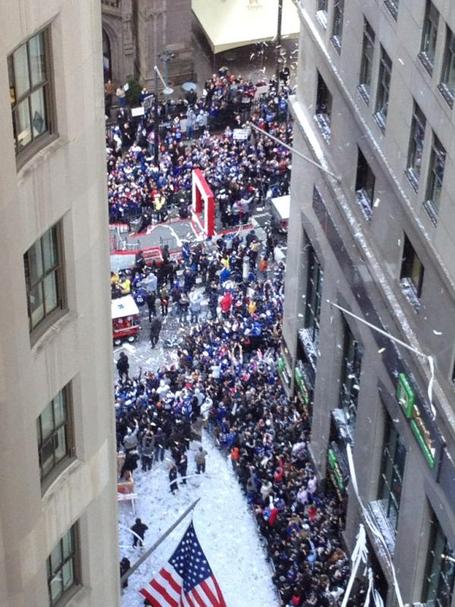