The New York Giants victory parade to celebrate their 2012 Super Bowl victory over the New England Patriots is underway. If you'd like to catch it, it's being broadcast on almost all the local television networks, including YES and MSG.

The Giants, who defeated the Patriots 21-17 Sunday for the second time in five years in NFL's biggest game, are expecting a crowd of 1 million or more to take part in this event. The New York Times blog reported that fan began to lineup around 8 a.m. this morning.

Shortly, the G-Men will be making their way through New York's famous Canyon of Heroes. Here's an outstanding picture of it. 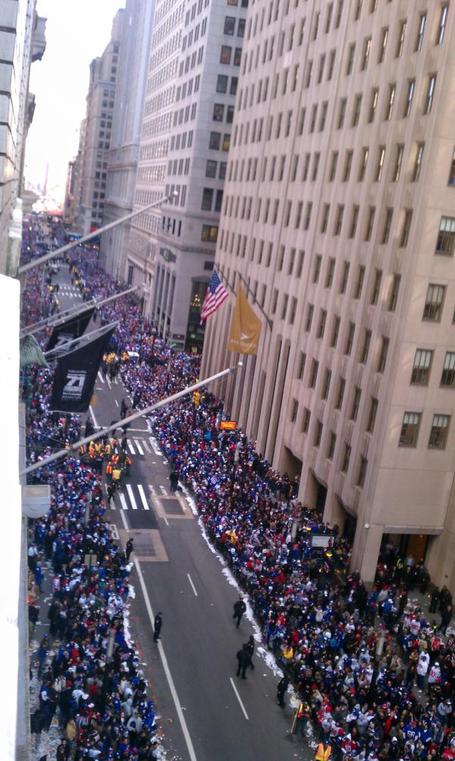