In case you're living under or rock in New York City, the New York Giants are about to hold their second Super Bowl parade in five years. The Giants will embark on their celebration parade over the New England Patriots in just a few moments and New York players are getting extremely excited and sharing their emotions via Twitter.

"I'm so excited and I just can't hide it," tweeted Giants defensive lineman Justin Tuck about an hour ago.

Meanwhile, players are beginning to take per-parade photos and posting them to Twitter. Here's one from center James Cordle taken of the new Freedom Towers. 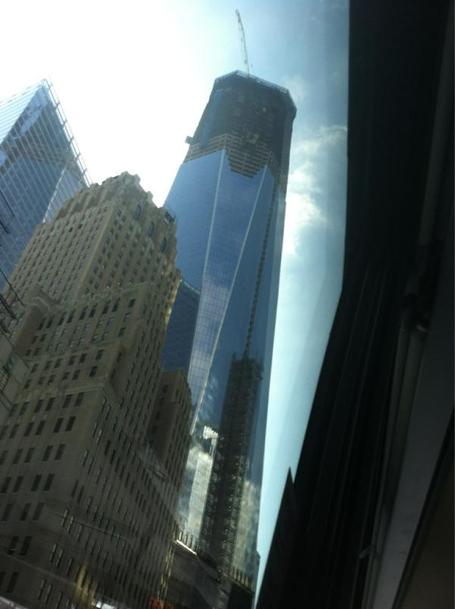 Wide receiver Ramses Barden snapped a picture of the NYPD lining up to protect the G-Men -- maybe, this is what Patriots quarterback Tom Brady needed to protect himself from New York's defensive line. 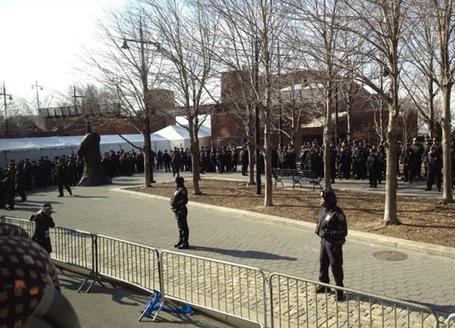