Linsanity! Forget the Super Bowl champion New York Giants! Victor Cruz? Eli Manning? Jason Pierre-Paul? Phooey! Right now, this is Jeremy Lin's world. The rest of us just get to live in it. And Los Angeles Lakers star Kobe Bryant is apparently oblivious to it.

Bryant's Los Angeles Lakers -- and a national TV audience -- get to experience Linsanity Friday night. As of Thursday night, Bryant knew Lin's name and not much else.

"What? I have no idea, I mean I know who he is, but I don't really know what's going on too much with that," Bryant said when asked about Lin and what he's done in the past week. 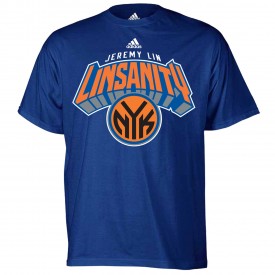 What has the second-year point guard, an undrafted player from Harvard, done? He has capture the imagination of Knicks fans by averaging 25.3 points and 8.3 assists while the Knicks have won three straight games without stars Carmelo Anthony and Amare Stoudemire.

Lin's big smile and bubbly on-court persona have inspired the Linsanity craze, with t-shirt available. The once-struggling Knicks are now 11-15, and are said to have been "Linning" during their recent string of victories.

If Lin can keep this up and mesh his game with Anthony and Stoudemire when the two players return to action he could be reviving the Knicks season and saving head coach Mike D'Antoni's job.

"He just does everything easy and the rest of the guys around him are playing the way we want to play."

Lin is also causing regret for the two NBA franchises who already turned him away. Lin spent last season with the Golden State Warriors, playing in 29 games and averaging just 2.6 points per game. Golden State waived him this season, and the Houston Rockets claimed him and released him before he appeared in a game. The Knicks claimed him only out of desperation after rookie Iman Shumpert was injured.

From the New York Post [via Pro Basketball Talk]:

"We always felt there would be some chance he'd be a backup point guard," said Larry Riley, the Warriors general manager. "I have egg on my face in telling you that I did not think he was going to become a starting point guard with a good team. He's doing that right now."

Daryl Morey, the Rockets' general manager, was even more blunt, declaring on Twitter: "We should have kept @JLin7. Did not know he was this good. Anyone who says they knew misleading U." 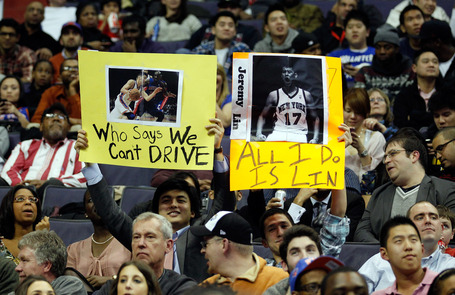