New York Giants On Cover Of Sports Illustrated This Week

Share All sharing options for: New York Giants On Cover Of Sports Illustrated This Week

The New York Giants will grace the cover of Sports Illustrated when it hits newsstands Wednesday afternoon. This is the first time the Giants have appeared on the cover since August 4, 2008.

In a short promotional announcement from SI, we received word that SI will focus on the growth of Giants quarterback Eli Manning in its accompanying article. Below are quotes from the article by coach Tom Coughlin and co-owner John Mara:

Coughlin: "Nobody sees what he does behind the scenes. He is looking for every little advantage. He loves playing against the best competition, but it is all about doing the best for his team."

Mara: "He has such a quiet confidence. And he just makes big play after big play. It gives the entire franchise confidence."

The cover can be seen after the jump. The Giants, of course, face the San Francisco 49ers this Sunday in the NFC Championship Game. 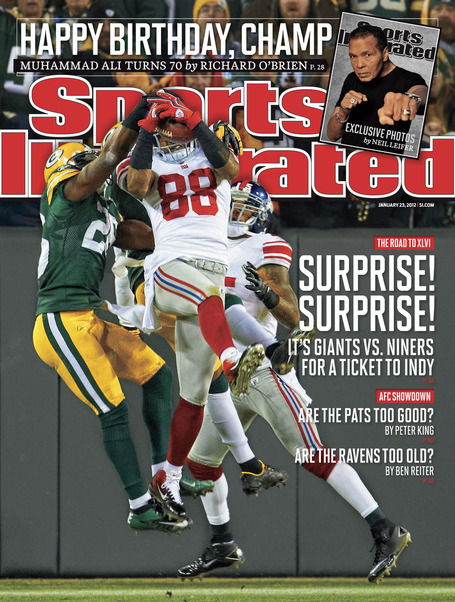