Red Sox Vs. Yankees 2011: The Start Of Something Good

Share All sharing options for: Red Sox Vs. Yankees 2011: The Start Of Something Good

In some ways, you could say the 2011 Major League Baseball season begins Tuesday night. With slightly more than 100 games play and one game separating the New York Yankees and Boston Red Sox in the American League East standings Boston comes to Yankee Stadium to begin a three-game series (7:05 p.m. ET) as the best rivalry in sports is renewed once again.

Boston has overcome its dismal 2-10 start and is now 33-26, just one game behind the Yankees for the top spot in the division. Since May 13 when the Red Sox began a three-game sweep of the Yankees with a 5-4 victory they are 16-6.

This isn't the season starting, we did that already. This is the baseball summer starting Tuesday night at Yankee Stadium, three between the Red Sox and the Yankees, Jon Lester against Freddy Garcia all the way until what looks like the main event for the week, Josh Beckett against CC Sabathia on Thursday night. This is the baseball version of school letting out, just with the first pitch from Garcia a little after 7 Tuesday night over there on the north side of 161st St. With the Yankees ahead of the Sox by a game. Even with LeBron and Wade playing Dirk. ...

Somehow this feels like the perfect time for this series to happen, even if it does happen in the middle of the NBA Finals and the Stanley Cup Finals. It is a perfect time to find out what it looks like when the Red Sox are finally playing the way they are supposed to and the Yankees are doing the same, having come back from losing the first two games of their West Coast trip to winning six out of their last seven and coming within a couple of runs of making it seven in a row coming home.

Both teams have thus far watched starting pitchers they counted on fail to perform, notably Daisuke Matsuzaka and John Lackey for Boston and Phil Hughes for New York. They have seen counted upon big-name relievers fail miserably thus far. They have seen some of their biggest stars not produce up their expected levels.

Somehow, there is symmetry to it. June is here, summer is arriving and pennant race between the Yankees and Red Sox is heating up. Hard to ask for much more than that. 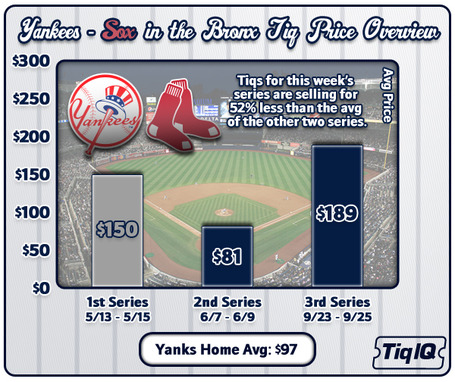