Share All sharing options for: Report: MetLife Near Deal For Naming Rights To New Meadowlands Stadium

New Meadowlands Stadium, the year-old football home to the New York Giants and New York Jets, could have a new name for the 2011 NFL season. MetLife is reportedly near a deal to purchase the naming rights for slightly more than $17 million annually. That is less than the $30 million annually the teams hoped to get, but $17 million more than the zero dollars Jerry Jones has been able to get for his new palace, the Jerry Dome, otherwise known as Cowboys Stadium.

I have never been a big fan of these naming rights deals, but it is now the way of the corporate sports world. I can live with the place being called MetLife Stadium. There are, however, a few names I did not want to see on the building. Here are five of them.

JetBlue Stadium -- JetBlue is a highly-regarded airline, and the name seems like a natural fit since it combines characteristics of both franchises. This, though, is too easy and too obvious.

Green Giant Stadium -- Again, a combination of characteristics of both teams. But, that monstrous green logo having to be displayed around the building during Giants' home games? No, thanks. 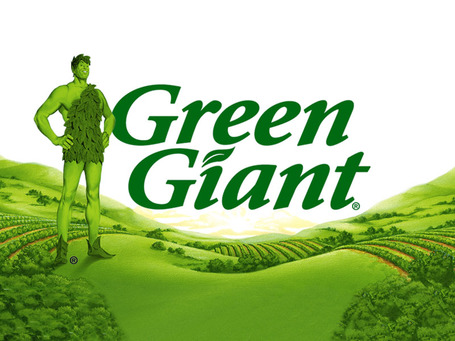 Trump Stadium -- The Donald can pretty much have whatever he wants. And I still think Trump should buy the New York Mets -- it's the only way that franchise will ever consistently be interesting. I don't, however, want his name plastered on the building or his not so handsome mug displayed all around it. Let him stick to golf courses.

PSINet Stadium -- This is a personal one, since I used to work for PSINet. This is a company that no longer exists, mostly because it spent its ways into the business boneyard. Included in that spending was foolishly purchasing naming rights it could not afford to the home of the Baltimore Ravens. Really, this applies to any small-time company that wants to act like a big shot. Know your place, and that isn't with your name plastered on a football stadium.

Any of these -- Here are some really unfortunate business names, and some totally embarrassing company URLs. I'm glad we won't be seeing any of them on the home of the Jets and Giants.