Share All sharing options for: Kim Kardashian Engaged To Kris Humphries Of Nets 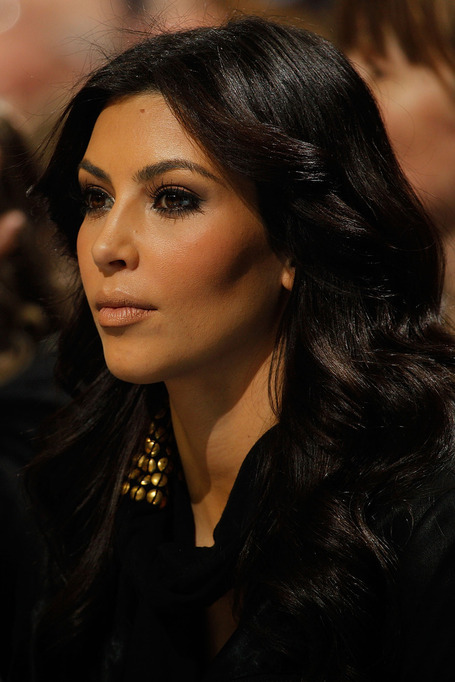 Sorry for the interruption of your sports reading, folks, but this social news simply cannot be ignored. Besides, it gives me an excuse to run a photo of Kim Kardashian.

Kardashian and New Jersey Nets forward Kris Humphries, a seemingly unlikely couple, are now engaged, according to a published report.The pair have been an item for about six months, and Kardashian was often spotted at Nets' games throughout the 2010-2011 NBA season.

So, there you go, folks. Another reason to attend Nets games next season. A good chance for Kardashian sightings.

The Kardashian family, of course, are Reality TV stars. They have the E! reality show "Keeping Up With the Kardashians" and spinoffs, including "Khloe and Lamar."

How long before we see the 'Kim and Kris' spinoff?