MetLife Stadium, home of the New York Giants and New York Jets, is now in its second year of operation -- its first with the name of a corporate sponsor on the building. Maybe you have already been to the facility for a game or other event and have formed your own opinion. Stadium Journey recently visited the stadium for a Giants game, and came away giving the stadium a so-so 3.3 score out of a possible 5.0. 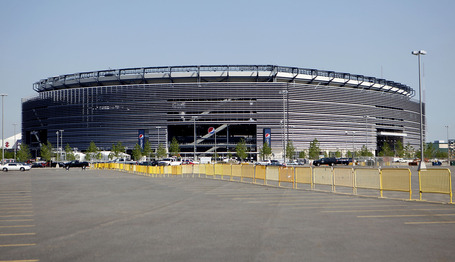 Here is how Stadium Journey described the return on investment from a trip to MetLife:

Yeah the venue is gorgeous. The sightlines are outstanding. But the cost of one ticket runs into three figures and just goes up from there. Concession prices are on the high side, parking can go as high as $90 per space. And yeah, there are even toll booths at most expressway exits to snare you out of more of your hard earned cash. Add the PSL fee for season ticket holders. Oy vey! Hey at least one can buy a blue foamy finger for a buck.

If you have been there, what do you think of the place?