The New York Week That Was (Phenom Edition)

Share All sharing options for: The New York Week That Was (Phenom Edition)

The Mets faced super-phenom Stephen Strasburg on Saturday (and would have beaten him if it weren't for you-know-who). A pitching sensation like him comes along about once a decade, or maybe even once a lifetime. A young player such as Strasburg who captivates the nation gives a shot in the arm to the world of baseball. Hyperbole is written on a daily basis, even reaching Sidd Finch-like levels, Joe Buck can't stop fawning and even Kevin Millar giggles nonstop at the sight of Strasburg's pitches. But a storyline like Strasburg's turns baseball into a magical or mystical ideal, a la The Natural or Field of Dreams, and everybody wants to watch him. He's someone that may have a chance to be the best ever or at least something that we haven't seen before. And that's part of baseball's allure - the spiritual or metaphorical angle along with the idea that we're witnessing something special. A few years ago, even I experienced a Field of Dreams moment, one that makes us feel that baseball is much more than just a sport. I was out back mowing my lawn when I kept hearing a voice saying, "Build it, and he'll bring snacks." After a few weekends of this, I took a gamble and spent my life savings putting together a Wiffle ball field in my backyard, and the next thing I know Sid Fernandez is crawling out of the bushes with a bag full of groceries. He moved into my basement, and I couldn't get rid of him for six months.

Anyway . . . let's go back 40 years and take a look at some previous phenoms who also took the nation by storm, Strasburg-style.

Mark Fidrych: The Bird burst into the nation's consciousness in 1976 when he was 21 years old, entertaining fans with his colorful antics of talking to the baseball, shaking his fielders' hand after they made a great play and grooming the mound while down on his knees. Oh yeah, and he was a great pitcher, too. He went 19-9, with a 2.34 ERA, started in the All-Star game and was named the AL Rookie of the Year. His career was ruined by injuries, and he finished with a lifetime record of 29-19, with a 3.10 ERA, in parts of five seasons. He died tragically last year at the age of 54.

Fernando Valenzuela: Fernandomania gripped the U.S. (and Mexico) in 1981, when the "20-year-old" portly screwball master went 13-7, with a 2.48 ERA, in a strike-shortened season. He led the league in strikeouts that year, with 180 (in 192 1/3 innings pitched), won the Rookie of the Year, the Cy Young and was the starting pitcher in the All-Star game. Known for his unorthodox windup while looking toward the sky, he went on to have a long career, pitched in five All-Star games and had a lifetime 173-153 record and 3.54 ERA.

Dwight Gooden: We don't even need to go here.

Kerry Wood: In the fifth start of his career, Wood tied a major league record (but set the rookie mark) by striking out 20 Houston batters on May 6, 1998. He was 20 years old. He posted a 13-6 record (with a 3.40 ERA) and struck out 233 batters, and was named the NL Rookie of the Year. After undergoing Tommy John surgery the next year, he had a handful of solid seasons, but only made one All-Star team. He's had a rocky, injury-filled decade-plus career, and is now the closer for the last-place Indians.

Dontrelle Willis: The charismatic lefty was going to be the next Blue when he came up with the Marlins in 2003. The 21-year-old went 14-6, with a 3.30 ERA, won the Rookie of the Year award and helped Florida win the World Series that year. He won 22 games and made the All-Star team two years later, but everything that could go wrong has gone wrong for him ever since. He was recently released by the Arizona Diamondbacks.

All of these pitchers possessed the same amount of publicity, fanfare and "can't-miss" status as Strasburg. And while some went on to have long successful careers, others battled injuries, drug problems, social anxiety disorder and plain-old ineffectiveness. And there's not a Hall of Famer in the bunch. 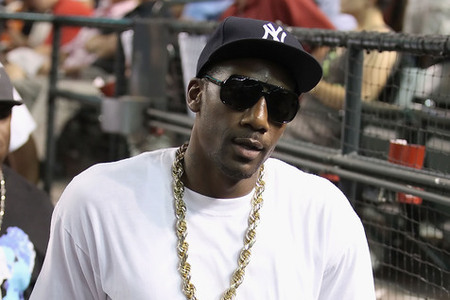 Here Comes the Sun: Amar'e Stoudemire signed a five-year $99.7 million contract with the Knicks. Cynics would say he'll fit right in: He doesn't play defense and he has a bum knee. But he can score, as he's the dominating force that the Knicks haven't had in a while. He comes to New York with many questions, though: How much of his success can be attributed to Steve Nash? How will he get along with his former and now present coach Mike D'Antoni? Will he even be better than David Lee? And finally, why does he have a random apostrophe in his first name? It's a little known fact, but Dave DeBusschere's real name was Dav'e DeBusschere - he had to keep it under wraps, though, as that kind of punctuation just didn't fly back in the '60s and '70s. They were different times back then. The coming of Stoudemire means that Lee had to go, though. He was sent to the Warriors in a sign-and-trade for Anthony Randolph, Ronny Turiaf and Kelunna Azubuike.Thanks for all the hard work, David, and good luck in California.

The Boss Turns 80: George Steinbrenner celebrated his 80th birthday on Sunday, July 4, and his Yankees capped off a series win against those intruders from Toronto, the Blue Jays. A rare blown save by Mariano Rivera opened the door for some Marcus Thames heroics. The previous day saw an 11-run third-inning explosion by the Yankee offense, highlighted by Brett Gardner's grand slam. In the opening game, A.J. Burnett was good, and everybody on the team was bad. Who would have thought? Forgotten in all the tributes to the Boss on his birthday was the fact that he was hated for the first 20 years that he owned the Bombers - not just by rival baseball fans, but by Yankee fans themselves. In fact, they probably hated him more than other fans around the baseball universe. It wasn't until he became a character on Seinfeld that New York fans warmed up to him. "Costanza - where's my calzone?" was the turning point for the Boss' image.

Fireworks and K-Rod: It was a Frankie Rodriguez Fourth of July weekend for the Mets in Washington. Just as he was about to blow the game on Friday, Ruben Tejada saved the day by sneaking into second base for a game-ending pickoff play. The heart-attack inducing closer followed that game up by completely imploding on Saturday, spoiling R.A. Dickey's fine effort when he outdueled Strasburg. But on Sunday, it was redemption time for K-Rod, as he closed the door on the chipping-away Nationals, who should have been blown out of the game innings ago.

Get Off My T-shirt: The Yankees easily swept Oakland this week. After gaining some revenge against his former skipper, Joe Torre, Alex Rodriguez slapped the Dallas Braden A's with some payback when he homered twice and blasted yet another grand slam (and he got the game-winning hit last night to open the Seattle series, exacting revenge against Jay Buhner). But overshadowing the Oakland series was the "Get Off My Mound" T-shirt kerfuffle. Yankee fans are thinking of making a shirt of their own - "Get Off My Radio," with a picture of John Sterling on it. While Met fan are doing the same with an Oliver Perez T-shirt that will say, "Get Off My Team." Speaking of the erratic lefty, the scariest words Met fans could ever imagine were uttered this week: "Oliver Perez has started his rehab assignment." On the field, the Mets lost another series, this time to the Reds. But it sure wasn't Johan Santana's fault, as he pitched a complete-game shutout and hit his first career home run. As Mel Allen used to say, "How about that?!" The Mets now haven't won a series since beating the Twins on June 27.

All-Stars: David Wright, Derek Jeter and Robinson Cano will be starting in Tuesday's Midsummer Classic. Cano will also be participating in the Home Run Derby - actually now he won't, doctor's orders and so forth. Jose Reyes, A-Rod, CC Sabathia and Phil Hughes will be reserves. Andy Pettitte was a late addition, and now Mariano Rivera is a scratch, out with a bum right knee and problematic left rib cage. Hey, he's 40 - what middle-aged man doesn't have those problems? And Nick Swisher won the voting for the final spot, and he celebrated by going four for four last night. So the game will basically be the Yankees vs. the National League.

Another Apostrophe: Jets Pro Bowl left tackle D'Brickashaw Ferguson has agreed to a contract extension that will be worth $34 million in guaranteed money. (I also agreed to a $34 million extension where I work, but I just haven't had the time to tell my boss yet.) Now the question is: Are Darrelle Revis, Nick Mangold and David Harris next?

Don't Forget About the Nets: No Carlos Boozer, no other big name, but New Jersey did sign small forward Travis Outlaw to a five-year $35-million contract. It may be a good move because the Nets need actual players to be on the floor when the season starts.

King-less: And oh yeah, LeBron James is going to Miami. The King turned his free agency/announcement into a reality show along the way. The only thing missing from the hoopla was living in a shore house with Chris Bosh, Dwayne Wade, Stoudemire, Snooki and The Situation for the summer.