The New York Week That Was (Joe Torre Edition)

Taking a look at the top stories of the week in the world of New York sports.

Share All sharing options for: The New York Week That Was (Joe Torre Edition)

Last weekend, the Yankees paid a visit to Los Angeles to play the Dodgers, which meant many Joe Torre retrospectives, tributes and tear-filled montages. Most of them, of course, involved his dozen years as manager of the Yankees, as well they should. After all, he helped turn a team that was a laughingstock (George Costanza's words, not mine) into the powerhouse it is today. But what about his playing career? What about his swarthiness? What about his bushy muttonchops? Here are some highlights:

Joe Torre's career spanned parts of 18 seasons, playing for the Milwaukee/Atlanta Braves (1960-'68), St. Louis Cardinals ('69-'74) and Mets ('75-'77). He was teammates with everyone from Hank Aaron to Bob Uecker to Keith Hernandez, Hall of Fame pitchers Warren Spahn, Bob Gibson, Steve Carlton and Tom Seaver, and even all three Alou brothers - Felipe (Braves), Matty (Cards) and Jesus (Mets). Torre's main claims to fame are winning the 1971 MVP (.363/.421/.555, 230 hits, 24 home runs, 137 RBI), hitting into four double plays in one game, on July 21, 1975, while with the Mets (afterward he thanked Felix Millan, who singled four straight times ahead of him), never playing in the postseason and having the best set of muttonchops of the early 1970s. He won a Gold Glove in 1965, and Jack Kerouac (yes, that Jack Kerouac) called Torre the "best catcher since Roy Campanella" in a newspaper article. Torre got his first hit in his first-ever at-bat, when he pinch-hit for Spahn (lifetime 363-245 record), singling on Sept. 25, 1960. His last at-bat came with the Mets, on June 17, 1977, when he flied out to right pinch-hitting for pitcher Rick Baldwin (lifetime 4-7 record). Interestingly enough, Pat Zachry, Doug Flynn and Bobby Valentine all made their Met debuts in that game, as it was two days after the Midnight Massacre.

The Brooklyn native was one of three player-managers in the 1970s (Frank Robinson and Don Kessinger being the other two), when he took over the reins for the Mets in June of 1977. He retired as a player after only 18 days toiling at both jobs, deciding that the team stunk anyway, so why work up a sweat when he can relax in the shady dugout and work on his cross-legged sitting style while chatting with the amiable Rube Walker. He finished his career with some impressive lifetime numbers: .297/.365/.452, 2,342 hits, 252 home runs, 1,185 RBI. He drove in over 100 runs five times, batted over .300 five times and played in eight All-Star Games.

Some Yankee fans can't forgive him for the way he left New York (and one notable player can't let go of the humiliation he felt batting eighth one time in his life). But much like the inspiration I gleaned from teachers past, with words of advice that have stayed with me always -- "You'll never make it past the seventh grade"; "Why don't you empty the trash today -- you might as well get used to it"; "Have you ever discussed the idea of home schooling with your parents?"; "Not everybody has to go to college, you know"; "There's no shame in being unintelligent - that's just the way God made you" -- most of Torre's former players look up to him as a father figure and look fondly upon the years when he was their leader. 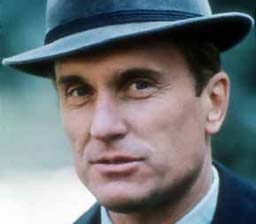 July 1: As Jackie Gleason used to say, "And awaaaay we go!" LeBron is sitting back home in Ohio, letting all the teams come to him Godfather-style. He even hired Tom Hagen as his consigliere to handle the negotiations, and Luca Brasi will be standing by if anybody gets out of hand. Hey, NHL free agency has started, too. No word yet on whether Ilya Kovalchuk will be camping out at LeBron's house to accept any of his suitors. But the Rangers did find Martin Biron hiding in the King's basement, and signed him to a two-year contract to back up the other King, Henrik Lundqvist. And Glen Sather's mystifying signing of Derek Boogaard just upped LeBron's value. For all the comings and goings, check out SB Nation New York's LeBronathon and NHL 2010 Free Agent Watch.

The Last of Interleague Play: It was A-Rod's Revenge in LA over the weekend. Alex Rodriguez hit home runs in the first and last games, both Yankee victories. There was finally an awkward get-together between Torre and A-Rod before Sunday night's dramatic comeback win, which was orchestrated by ESPN's script consultant. In between the two victories, A.J. Burnett officially declared himself a disaster. He had the worst month of any Yankee pitcher in their history who started at least five games. The Yanks finished their road trip at a successful 4-2, though. Meanwhile, over at Citi Field, the Mets took care of the Twins, winning on Friday and Sunday. The only bump in the road was provided by Carl Pavano, who mowed down the Mets offense and angered Yankee fans at the same time - where was that during his four painful seasons in the Bronx (well, Tampa)? Now I'm not judging - and not that there's anything wrong with it -- but Pavano sure looks an awful lot like Freddy Mercury with that mustache. I kept expecting him to start twirling a half microphone stand while breaking into "Bohemian Rhapsody." Finally, while the Yankees series was all about Joe Torre, where was the Ron Gardenhire tribute and tears for the former Met when the Twins came to town? Let's give him his due. In parts of five seasons playing shortstop (and a little second and third) with the Mets, he batted .232, hit four home runs and drove in 49 runs, but was plagued by injuries his whole career. He was scrappy and played the game the right way, much like his Twins do now. He didn't sport muttonchops, but he did have a nice wispy mustache going (there seems to be a theme going on here). And he was born in West Germany. How many major leaguers can say that? 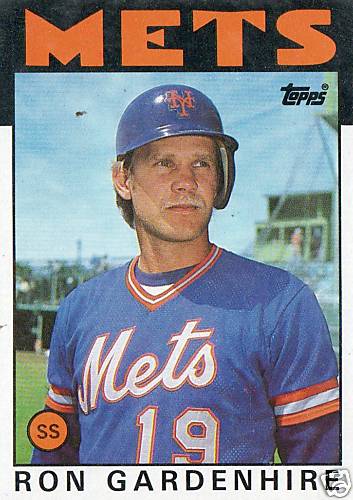 Filleted By Fish and Swatted By Nats: The Mets started a seven-game road trip down in Puerto Rico to face the Marlins. According to Jason Bay, the last time he played at Hiram Bithorn Stadium in 2004 when he was with the Pirates taking on the Expos, police officers with machine guns escorted the players on and off the bus into the stadium. That would come in handy for the bus ride to my softball games going to Randall's Island - let's just say that that bus usually has a colorful collection of characters on it. What happens when a knuckleball pitcher's knuckleball doesn't knuckle for an inning and two relievers give up a bunch of bombs? You lose 10-3, that's what. What happens when Hisanori Takahashi's pitches don't takahashi? You lose 7-6, that's what. And when Mike Pelfrey's pitches didn't knuckle or takahashi it is was looking like the Mets just wouldn't be able to beat the Marlins on the road no matter what country they play in, but the bullpen, David Wright, Jason Bay and Josh Thole led the way to a much-needed victory to salvage the series. Then the Metsies moved on to Washington, and just when we thought it was time to worry about Johan Santana (well, there's always time for that) because his velocity is down, his strikeouts are down and his pitch-tipping and alleged sexual assaults are up, he throws seven stellar innings. But it didn't matter because the Mets lost in walk-off fashion yet again.

Pitching, Pitching, Pitching: On Tuesday, the Yankees offense was Cliff Lee'd to death (and I don't think the new "Hughes Rules" were supposed to involve giving up six runs per game). On Wednesday, they were flummoxed by Felix Hernandez, who twirled a two-hit complete-game shutout. But CC Sabathia (and a confused A-Rod) saved the day, when he pitched eight strong innings, only allowing one earned run. It's his sixth win in a row, and now he's making a case for an All-Star selection as Hughes tails off.

Blueprint for Thorn-lessness: Rod Thorn "retired" this week, effective July 15. Or did he? Yes, he did. I think. He's had to shoot down all sorts of rumors lately involving his possible departure, everything from the treatment of Kike Vandeweghe to Russian spies running the team's draft to denying that he was forced by his new owner to star in a local stage production of From Russia With Love. The New Jersey native will be remembered for helping build the Nets teams that went to the finals in 2002 (and was named Executive of the Year) and '03. He was also instrumental in drafting Michael Jordan in his time with the Bulls, and he was even an assistant coach with the Nets when they won the ABA championship in 1974. As a player he was named to the NBA's All Rookie team in 1964, when he played for the Baltimore Bullets. The Nets also said goodbye to Yi Jianlian, as they sent him to Washington in exchange for some cap space, and Keyon Dooling, who was waived.

NHL Draft: The Islanders took Swiss-born right wing/power forward Nino Niederreiter with the fifth overall selection. He's physical, he's a scorer and maybe he'll be playing alongside John Tavares for years to come. They also nabbed Brock Nelson with the 30th pick, whose uncle is Dave Christian of the 1980 Miracle on Ice team. Now those are some nice bloodlines. The Rangers chose Dylan McIlrath. The instant reaction by everyone was, "Why the heck did they pick him?" But the Blueshirts were looking to fill a need, and boy do they need a player like him. The name Jeff Beukeboom has gotten thrown around all week, and the Rangers haven't had a guy like him in years, so maybe this is a good pick after all. McIlrath's nickname is The Undertaker. How can you not like that? Will we see him eventually paired with Michael Del Zotto? I ran across MSG Vault's greatest fights in Rangers history over the weekend (Nick Fotiu! Tie Domi!), and now I'm excited for the Wrath of McIlrath. The Devils didn't have a first-round pick but selected puck-moving defenseman Jonathon Merrill with the 38th overall selection.

In Our Prayers: Giants draft pick Chad Jones was severely injured in a car crash last Friday. We initially started hearing the word ‘amputation,' but a few days later he was already talking about playing football again (or maybe even baseball). Thank God he seems to be fine -- maybe not football-fine, but real-life fine.