Love it or hate it, here comes interleague play, with the first Mets-Yankees series on tap to begin tonight. And I, being old, don't like it. It's a gimmick that's run its course. Of course, I also don't like the designated hitter, loud noises and teenagers, so you can take my opinion with a grain of salt (but don't let Mayor Bloomberg catch you). One of the advantages of being long in the tooth, though, is I actually attended events from the old days, such as the Mayor's Trophy game in 1970, at Yankee Stadium, when I was just a tyke. I still have the scorecard, and somebody kept score for five-and-a-half innings. It must have been my older brother because I had just finished a grueling year of kindergarten, which was an abrupt interruption of my easygoing life of not learning anything and taking naps, and I'm not sure if I even knew how to read back then let alone keep score. The Yanks won (as they usually do), by a score of 9-4. Danny Cater and Pete Ward homered for the Bombers, Steve Kline got the win, while Rich Folkers and Nolan Ryan of the Mets got hammered. All the ads in the scorecard are for beer, scotch, bourbon, cigarettes or cigars. The Yankees really knew their audience back then. And you'll never believe the ticket prices they have listed within the program: Box seats - $4, reserved seats - $2.75, unreserved grandstand seats - $1.50 and bleacher seats - $1. As the Scooter would say, "Holy cow!" The Yankees still only drew 1,136,879 fans that season, though. 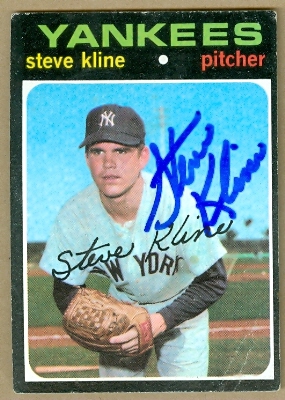 The first Mayor's Trophy game was played in 1946 between the Yankees and the Giants. Later the Dodgers got involved, also. The Yankees-Mets Mayor's Trophy games ran from 1963 to 1983. The Yankees won 10, the Mets eight, and there was one tie. Since interleague play started in 1997, the Yankees are 42-30 vs. the Amazin's. And, of course, the two teams met in the World Series in 2000, with the Yanks winning four of five. So here's the overall tally (not including spring training games): Yankees 56 wins, Mets 39 wins, and one tie. The Mets won the first Mayor's Trophy game and the first interleague game (and probably should have won the first World Series game - thanks Timo Perez and Armando Benitez!), but the Yankees have had the upper hand in whatever format the two teams have played in - except in the broadcast booth, where the Mets rule.

Here are the top stories of the week in the world of New York sports. 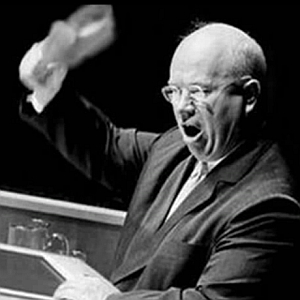 Number 3: The NBA draft lottery was held on Tuesday night, and you can't help but drift back to the most famous one involving New York - the first-ever lottery in 1985, with David Stern's sticky fingers picking the Knicks card, which led them to the Patrick Ewing era. Knick VIP Dave DeBusschere was carrying a lucky horseshoe that night, which worked like a charm. The Nets had a lucky shoe of their own this week - new Russian owner Mikhail Prokhorov was able to obtain the famous shoe that former Soviet premier Nikita Khrushchev wore at the U.N. in 1960. Prokhorov banged it on the dais for luck, but it didn't work, as the Nets did all that losing this year for naught and somehow ended up with the third pick in this year's draft. Prokhorov then threw the shoe at Stern, dumped Kiki Vandeweghe, sold the Nets for a couple bottles of vodka, stormed back to Russia, changed his mind, repurchased the team and then held a press conference where he charmed the media in much the same way the Beatles did when they landed at JFK in 1964. And he also announced that Rod Thorn will be kept on, but will now be known as Ringo.

Not Fade Away: The Mets' week started with Oliver Perez pitching his way out of the rotation, followed by John Maine throwing 12 straight balls (and now he may or may not be injured and may or may not be angry) and then Jon Niese injuring his hamstring. And things just got worse from there. The Mets went from last to first back to last faster than you can say ‘Marvelous Marv Throneberry.' The Mets did sprinkle in two wins this week, when Mike Pelfrey beat the Braves, which was the first (and only) win for a Met starter in the month of May (it was the longest such streak for the Mets since a 15-game stretch in August of 1982), and last's night blowout/nailbiter. The team did record a triple play and inside-the-park home run in the same game (which will forever be known as the Angel Pagan game), but still managed to lose. At least things are improving, since the last triple play the Mets were involved in was one they hit into, which was a game-ender against the Phils last season. And poor David Wright just can't stop striking out. I actually feel bad for him because he cares so much. Maybe his day off will do the trick, as he didn't whiff last night for the first time in two weeks and blasted a bases-loaded double. It looks like the Mets' face of the franchise is turning into Adam Dunn right before our eyes - Dunn: .261/.386/.558, 9 HR, 19 RBI, 41 K's, 26 BB's, 12 2B, 1 3B; Wright: .262/.376/.503, 8 HR, 30 RBI, 55 K's, 28 BB's, 9 2B, 1 3B. Can you still have a "face of the franchise" if he plays for another team?

Leaky Pen: As for the Yankees, their week started out in promising fashion, by beating Minnesota twice, before the Twins finally won on Sunday, which was the first time they've won at Yankee Stadium since they were the Washington Senators and Jim Kaat defeated them in 1960. They lost when Mariano Rivera walked a batter with the bases loaded and then gave up a grand slam. Are other teams even allowed to do that? Isn't there a sign in the visitors' locker room strictly prohibiting that type of behavior? The rest of the week saw more bullpen craziness. The Yanks turned a blowout into an exciting come-from-behind win thanks to the antics of Chan Ho Park and Crazy Jonathan Papelbon. And the combination of Joba Chamberlain and Rivera helped to blow another game. The Yankees played Tuesday's game under protest, mainly because they lost. The Yankees don't put up with those kinds of shenanigans. Their starting pitching, fielding and hitting are also showing some cracks, and now the injuries are piling up. Marcus Thames (a hero, goat and buffoon all in the same week) sprained his ankle on his own bat, while Jorge Posada will be out for a while with a hairline fracture in his right foot. But that just means one thing - more Francisco Cervelli! He's becoming a folk hero in the Bronx. And the Yankees ended the week by getting into the way of the buzzsaw that is the Tampa Bay Rays. 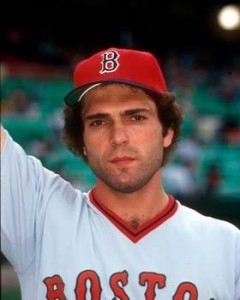 Pineapple Express: Wilson Chandler was charged with drug possession when cops found him and a friend in a smoky haze in Chandler's Mercedes-Benz in Queens on Tuesday night. Chandler immediately implicated Bernie Carbo.