Share All sharing options for: ESPN, Marvel Comics Team Up For Awesome NBA Previews: Your Favorites as Comic Book Heroes

Forget all those mundane, ordinary NBA previews. ESPN The Magazine has teamed up with the folks from Marvel Comics to produce a preview touting NBA teams and their stars as Marvel Comic characters.

Pretty awesome stuff, I have to admit.

The New York Knicks cover is below. 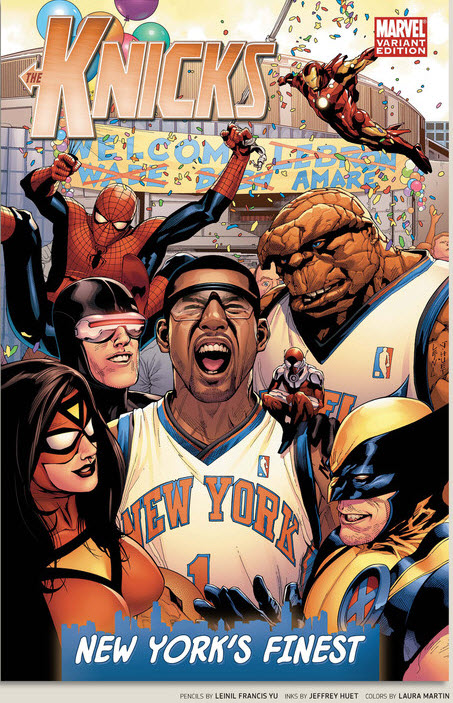 That is various Knicks as Spiderman, Thing, Iron Man and Wolverine.

The New Jersey Nets cover is below, featuring owner Mikhail Prokhorov as Galactacus and point guard Devin Harris as the Silver Surfer. 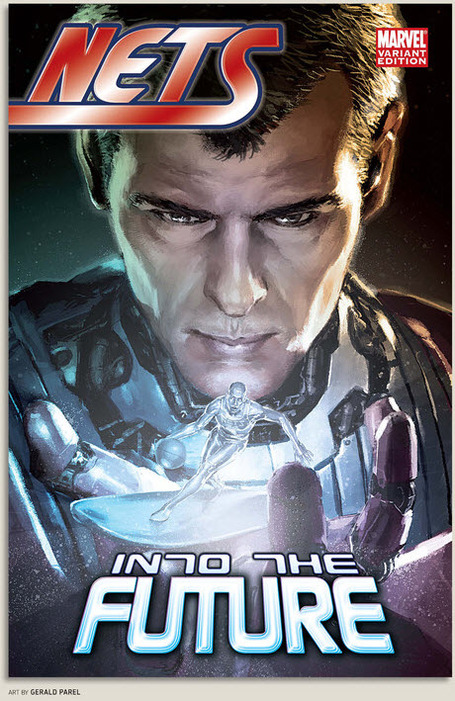